The catcher is the captain of the field. Although often seen as the position for the nonathletic members of the team, if you ask anyone in baseball they will say that the catchers are the captains and often the hardest working members of the team. Most frequently the first people on the field and the last ones to leave, catchers are the backbone of the team. With that being said, a lot of responsibility falls on the shoulders of the catcher. This means that more training and preparations must be put in to achieve greatness. To put it simply, catchers have to train the body and the mind to be high functioning when they step on the field.

There are three main things that a catcher needs to be able to do in order to be behind the plate: Receive, Block, and Throw. Listed in order of importance based on what a catcher does most, receiving, blocking, and throwing are the fundamental foundations of catching. In order to succeed as a catcher you must be able to do all three as well as study and understand the game. There are many intangibles that can be listed at length but I think it is best to keep it simple for now. The last thing that can be said about successful catchers is that they have the mindset that they will not be denied. Catchers are tireless workers and lifelong learners of the game.

My background as a catcher began with my brother at a very young age. Eleven years difference meant I was being taught drills and skills from the high school and college level at the ripe age of 9 and 10. It all started with learning to not be afraid of being hit by the ball. I would sit in my gear in a blocking position and had balls thrown at me by my brother. From that point the rest is history as I began to progress through the drills that he would bring home to me. I would not be where I am if it were not for my brothers influence.

When attending JSerra Coach Kay arrived my sophomore year and for the next three years I began to learn and hone new skills behind the plate as well as develop a fundamental knowledge of the game and how it worked. Everything I learned from Coach Kay better prepared me for the next level at LMU. While at LMU I had to grow as a leader on the field. Coach Gill helped immensely with that aspect. While in my junior year we gained a new pitching coach, Dan Ricabal. Coach “Rico” as we called him, helped me develop the mental side of being a catcher. I learned so much from him about the mental side of the game and I believe that the knowledge that I gained from him set me up for the professional level.

During my time in professional baseball, I have found that the knowledge that you can gain from discussion with other current and former catchers is immense. Brian Bennett, or “BB”, is one of those great minds that has given me a new understanding to go right along with my prior knowledge. Since being with the Mets Bob Natal has been my coach and has helped me further advance my knowledge and skills in order to prepare me for a transition into the Major Leagues. I could not be more thankful for the many influences that have helped me get to where I am today. I just hope that I may be the type of coach and mentor that these men were for me.

There are no upcoming events at this time. 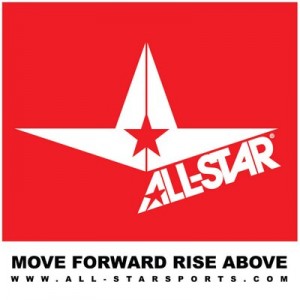